I've been doing some thinking on the matter, this is what's resulted.

Now not every RPG uses statistics, some use a description instead. But we like having matters quantified, so we get statistics. Most often this comes in the form of a number range, though in other cases it can be a plus or minus (as in Ars Magica). Furthermore, in all cases but one (that I know about), the middle of the range is accounted the average, with those numbers below it giving a minus to rolls, and those above a plus.

Dangerous Journeys is different in that a statistic, no matter how low, amounts to a bonus to an attempt. An ant with a Mental Trait of 6 for instance, can have as much as a 6% chance to remember her immediate surroundings, not that she relies on it.

In addition the range is open ended, with certain parts of the range coming under different classifications.

You'll note that by my thinking humans can have supernatural Mental and Spiritual Attributes. When you consider what a Mental Mnemonic Power of 40 means for a K/S such as Native Tongue, that sounds supernatural to me. Of course, my definition of supernatural is not necessarily yours.

Further on Stats in DJ

Which leads us to another matter, how many stats do you need?

At the lowest end I've seen a few RPGs with just one stat. At the highest end I can recall schemes with as many as 30 or more (though in the case of Aria Role Playing you're supposed to choose about 6 of them to use.)

With DJ the complaint I keep hearing is that there are supposed to be 27 stats you need to keep track of. Malarky. DJ has three stats you need to be concerned with, these being the Mental, Physical, and Spiritual Traits.

The Categories; Mnemonic and Reasoning for Mental; Muscular and Neural for Physical; and Metaphysical and Psychic for Spiritual; further refine the Traits they are associated with. The Attributes; Capacity, Power, and Speed; each serve to define a Category, giving the player some idea of how good his Persona can be in play. As an example, a Shaman with a Spiritual Trait of 95 can have a STEEP as high as 95 in Mysticism, with 15 of those points coming from his Metaphysical Power of 15.

In short the stats in DJ are integrated

As a matter of fact this sort of thing was tried out in the Player's Option rules for AD&D 2.5. Each Characteristic was given a pair of sub-Characteristics which served to further define the parent.

In any case there you have some thinking from me, which will get refined and put into the DJ SRD. 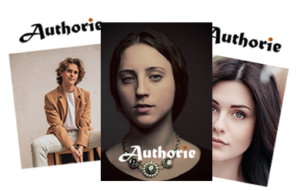